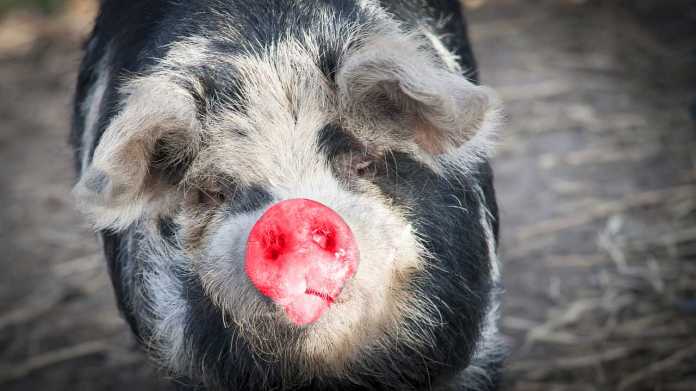 When our leaders put lipstick on their pigs and tell us that the animal is now a beauty queen.

The so-called battle over the latest US Supreme Court Justice is finally over.  The Republican members of the Senate invoked the “nuclear option” as expected, and the democrats are fervently praying that all of the older, liberal, members of the court manage to live out the remainder of President Trump’s tenure in office (Kennedy is 80, Bader Ginsburg is 83, and Beyer is 78).  There was absolutely no drama in this latest play by the actors in congress, but I was struck by something both sides said on this occasion and say on virtually every divisive issue.

Each side in this case, and politicians throughout our world, seem to think that by calling their biased agenda by more palatable terms we, the ignorant masses, will think them statesman like and only interested in looking out for us.  In this latest illustration I was wryly amused to hear the leaders of the minority party decry the fact that Justice Gorsuch was not “centrist” or the always popular “mainstream”. Not to be outdone, the majority party hailed Justice Gorsuch as a supremely qualified jurist regardless of his history of conservative judicial findings. These charades make me wonder why our representatives can’t just say what they really mean, e.g. “this nominee (or law if that is what is on the table) does not agree with my own leanings or agenda”.  Why try to paint a scene that disguises this agenda when everyone with an IQ above room temperature realizes that the day is long past when our elected or appointed legislators and judges will act statesman-like and not represent first and foremost their own political and personal agenda?

Staying with the Supreme Court membership as the latest example, can anyone honestly describe Justices Ruth Bader Ginsburg, Sonia Sotomayor and Elena Kagan as “centrist” or “mainstream”? Of course not, any more than one could use either descriptive of Justices Clarence Thomas and Samuel Alito Jr or the late Antonin Scalia. My point is not that either side is the correct one; it is that our leadership uses vague or misleading terms which fool no one, to further their personal agenda.  When is the last time we read of a legislator just honestly describing his or her latest pork barrel enactment as “this has no value to anyone outside my district, but I need it to benefit my constituents and to stay in office”? We have numerous examples of tax breaks, construction projects, and laws that benefit an extremely narrow set of taxpayers, but “just by chance” those few beneficiaries have the financial or political power to ensure reelection of the sponsoring legislator.

I guess this is just me again, decrying the lack of honesty by our leaders and the lack of respect for our intellect they demonstrate when they put lipstick on their pigs and tell me that the animal is now a beauty queen.