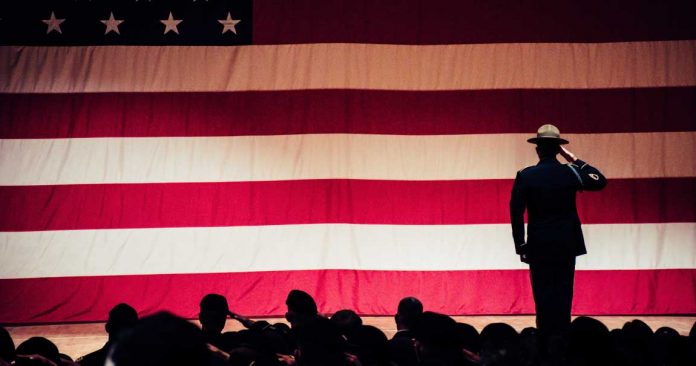 I love old movies, especially old Westerns.  I love the tough guys – not the actor who plays the tough guy on screen, but the actual tough guys.

Lee Marvin, with the gravelly voice, sustained an injury during World War II, or Charles Bronson’s icy stare, also a veteran of World War II; James Arness or as I liked to remember him, Marshall Dillon, awarded the Bronze Star and Purple Heart during the invasion of Anzio… now those were tough guys!

I’ve had a long running quest in my head to find the toughest guy in the house. I’ve seen tough guys in fights, and even had a few scrapes of my own, but I’ve never been able to find this tough guy I’ve created in my mind.  Was he just in my mind?

Why the quest, you ask?  Honestly, I don’t know. I’ve simply always been fascinated by tough guys – whether men or women.  I was attending a Memorial Day celebration – a beautiful day where the stars and stripes were boldly flying everywhere.  Then, I saw someone that made me think that this was going to be the day I found him.

He was smaller than I imagined, and his shoulders were slightly stooped as he sat in the corner with a walker in front of him.  His baseball cap was tattered and worn, but I could clearly see that it said World War II veteran, so I approached him.

He slowly, and even reluctantly told me about his experience as a medic during the invasion of Normandy. He had only been nineteen years old, but he took his job seriously.  When the bullets were flying overhead, he helped his fellow men. He didn’t cry, although he was admittedly scared. He didn’t pout, whine, or make excuses. He simply did the job that he was there to do.

It was when he finished his story that I knew I’d found him; the toughest of the tough.  This man was a real-life superman before Hollywood produced a 200-million-dollar movie, yet there he was in an old worn out ball cap.

Tough guys like these veterans are scarce these days, they’re almost gone– so when you see one, shake his hand.  Thank them. These guys, of the greatest generation, are the real heroes, and authentic tough guys. Meeting this man made me hope that our current generation, mine included, can meet the challenge.

Take my advice for what it is… It’s Just, AS I SEE IT!