I am assuming that most of us, if not all, have heard about something called bitcoin. Bitcoin is the most visible and only one of the phenomena that is called by a variety of names including ecash, digital money, electronic money, cryptocurrency and other similar names. This ecash started its widespread growth in 2009 (although its birth dates back to an idea in 1983 and a start up in 1995), has no physical property, is only available electronically and is stored on a card or other electronic device and transacted through a computer network or the internet.

“According to the European Central Bank’s 2015 Virtual currency schemes – a further analysis report, virtual currency is a digital representation of value, not issued by a central bank, credit institution or emoney institution, which, in some circumstances, can be used as an alternative to money. In the previous report of October 2012, the virtual currency was defined as a type of unregulated, digital money, which is issued and usually controlled by its developers, and used and accepted among the members of a specific virtual community”.

As of April 2018, there were 3500 and growing cryptocurrencies in existence.

While this type of currency is advertised as having several advantages foremost of which are speed of transaction and anonymity, in spite of the hype in recent times, I am still extremely uncomfortable with this concept for a number of vital reasons.

First to me is the old-fashioned notion of what is behind all this? With currency, we have the backing of the credit of the country issuing that currency. Sure, the currency is subject to the market variations such as inflation, and in some country’s incidence one could worry about the solvency of that particular country. But I am unconvinced that ecurrency is backed by anything at all and have no overriding regulation of any sort that comforts me.

This was illustrated in 2013 when GBL, a Chinese bitcoin trading platform, closed and its subscribers lost over five million dollars. Followed in the next year by the world’s largest bitcoin exchange, Mt. Gox, declaring bankruptcy and costing their customers $473 million.

Second, following on the first above, it seems to me that these ecurrencies resemble ponzi schemes, pyramid schemes and economic bubbles, such as housing market bubbles.

Howard Marks of Oaktree Capital Management stated in 2017 that digital currencies were “nothing but an unfounded fad (or perhaps even a pyramid scheme), based on a willingness to ascribe value to something that has little or none beyond what people will pay for it”.

In October 2017, BlackRock CEO Larry Fink called bitcoin an index of money laundering. “Bitcoin just shows you how much demand for money laundering there is in the world,” he said.

Third and much broader in scope is the problem when an industry is unregulated, it is a fertile breeding ground for fraud and theft.

In cryptocurrency and security there is a short summary of some of the recent instances of theft by even those investigating this phenomena. Taken to one conclusion, if these became worldwide and ubiquitous could a crash or theft bring down whole economies?

While these are supposedly encrypted to protect users, we seem to have almost daily reminders of failed encryption and security in government and private bodies.

There are some advantages to ecurrencies, such as internet and other casinos accept them, as do some lotteries. But I am convinced that the risks far outweigh the advantages for me and my family.

For a detailed and academic overview I recommend you try the peer-reviewed academic journal ledger (ISSN 2379-5980). 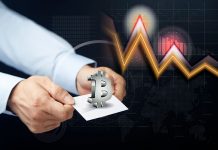 And in a flash, it’s gone