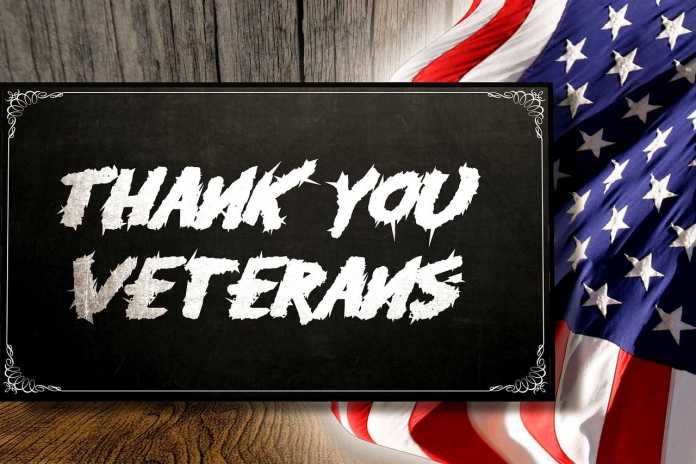 The author enlisted in the US Army in January 1966. He served three years in the infantry, including tours in Viet Nam and Korea. He was wounded in Viet Nam and receives a disability rating of 70%. He is currently retired and he has an abiding and deeply felt interest in his fellow veterans and cherishes the memory of those no longer with us.

We are here today on the 99th anniversary of the end of the war to end all wars, better known as World War I.

We are here today to honor all who have served in our armed forces. We humbly acknowledge our debt to those men and women who answered the call to serve or support in the effort to put “boots on the ground” against our enemies on battlefields here and abroad.

Most of us who served in these places had only a microscopic view of the theater we were assigned and an even smaller understanding of the politics behind the conducting of any conflict.  Yet these veterans, stretching from Valley Forge over two hundred years ago, to Shiloh, to Europe, to Korea, to Viet Nam and now to Iraq and Afghanistan and other places unknown today, gave up their homes and plans, sometimes their health or life, and served.

That we can gather here today is to acknowledge an unspeakable debt to each of these men and women, living and passed.

I watched a newscast some time ago that featured a segment on our war in Afghanistan and saw the soldiers there.  I picked up the phone and called my older brother who also served in Viet Nam in small boats and asked him “were we ever that young?”

When we serve, we tend to think of ourselves as fully grown up, mature adults and think of our NCOs as crusty old men.  In reality, those who served were just starting to achieve adulthood and gave up the joys of civilian late adolescence to serve their country and support each other.

I often think that veterans and their service tend to be forgotten except for the rare occasions like today and Memorial Day or other instances that grab headlines for a day or two.

Maybe we’re just an excuse for a day off to some. Today’s celebration, for instance, was, for a brief time, moved to the end of October so that employees could have a long weekend.  No thought to what today meant, just that it was a good excuse to indulge ourselves.  Congress moved it back to November 11th seven years later to honor the service of men and women over the course of our history.

I often think that our armed services and our veterans are thought of by the majority of the citizenry as ‘keep under glass, and break in case of emergency’.  There are universities that celebrate all sorts of holidays and do not acknowledge either Veterans Day or Memorial Day.  And as odd as this may sound, that never bothers me.

The tumult of the anti-war movement in the late sixties and early seventies that I lived through after my time in service did not worry me either, except for the ignorance shown by the demonstrators.  I think that most veterans know quietly in their hearts that they can be proud of their sacrifice of time serving and take great comfort in knowing that those who forget us or even denigrate us, can do so because of our sacrifice and the ultimate sacrifice of so many of our brothers and sisters.

What do we know about our veterans? Tom Brokaw has correctly named the generation of World War II as the Greatest Generation and I agree with that label.  Those who served in that war are dying today at a rate of over 2000 a day and fewer than 500,000 of the 16 million who served are still alive.  Our fathers and our uncles are leaving us and we may never see their like again.

There are 3.8 million vets with service connected disabilities and 1.1 million of these are rated 70 per cent or higher. At least 20% of our Iraq or Afghanistan vets suffer from major depression or full blown PTSD. Twenty veterans a day commit suicide and 260,000 veterans are homeless.

But what is true of each of the veterans we honor today is that whether drafted or enlisted, these men and women answered their nation’s call to serve and protect the land and its people they loved and wanted to preserve.  They served a cause and served their fellows because they believed in that country, that cause, and that service.

I want to paraphrase the famous speech given by Jack Nicholson in the movie A Few Good Men. I think I speak for most if not all veterans when we say ‘We use words like “honor”, “code”, “loyalty”. We use these words as the backbone of a life spent defending something we believe in. And this country lives under the blanket of the very freedom that we veterans gladly provided.’

Me, our nation, and our community owes each veteran a debt, we’re told that all the time and here today to acknowledge that debt.  But, let me also challenge my fellow veterans, maybe it’s also a time that we veterans gave our community and its children the benefit of the lessons we have fought hard to learn. Maybe we should serve again by volunteering, by tutoring, by mentoring. 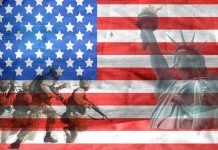