Hang on to your hats, the Silly Season is about to take off!

I have no idea how many people there are who have announced their desire to become President of the United States in 2021, but it is a number too large to work with and one that seems to be expanding almost daily.

Most of these folks are people who are probably mainly known only to their own family members and those citizens who happen to reside in the area served by the prospective nominees. What they all have in common with anyone running for office from the opposition party is a loud voice proclaiming the desperate need for change (a need that is all too evident when one looks at how things take place in Washington), an ambitious spending agenda, and a need to balance our budget. And they each stridently call for a actions of cooperation with the opposition.

What utter hypocrisy and silliness! I would strongly suggest that we here in these United States find that our leaders and the vast majority of the public share the attitude that we are not interested in “cooperation” with those that oppose our views, but are primarily interested in their total destruction.

Cooperation and compromise have become defined as “agree with me, or you are Satan personified”. Our leaders and we have reached such depths for example, that recently Joe Biden called Vice President Pence “a decent guy” even though Biden has made it clear that he disagrees with many of Pence’s policies. The immediate reaction from Pence’s critics caused Biden to backtrack the next day. From the opposite side of the political divide we have our President resurrecting his differences with the late Senator McCain some seven months after the Senator’s passing.

These examples are just two of the myriad we see daily. Consider the debates over the “wall”, over immigration, over late term abortion, over budget priorities, over the environment, over gun control; in fact over everything I can think of. Regardless of substantive arguments pro and con for each issue, it seems that we now only have caustic, personal shots from each side and the refusal to “compromise”. Is it no wonder that, with such examples from our country’s leaders, we find in the public that differing sides of any debate turn first to verbal attacks, then even to violence?

One other facet of the Silly Season that I have observed is that many of these latest candidates seem to think that the solution to first solving our debt problems and second funding their ambitious spending programs is to tax the wealthy and the profitable corporations. Without getting into whether this is fair or not, I wonder how the targeted individuals and companies will react if such taxes are introduced. I would think that they might consider moving their selves, their assets, and their companies to lower tax settings. Indeed there is some speculation that this is happening to those states and municipalities that have instituted higher taxes than other states.

If the wealthy chose to vote with their feet against increased taxes I wonder what source of money Congress and states will be eying. Social Security Trust is drying up, so that won’t be a good source.

I am left to speculate how long it will take those that govern us to turn their eyes toward such things as our 401k, IRAs and other self-funded retirement havens.

Well, as I said, the Silly Season has opened and I think we should brace ourselves for an increasing level of vitriol, and ludicrous ideas. Isn’t it a comfort that we only have only 20 more months of this? 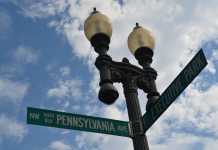 Are there any signs of growth at Pennsylvania Avenue? 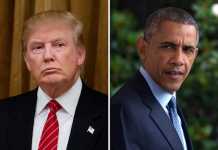