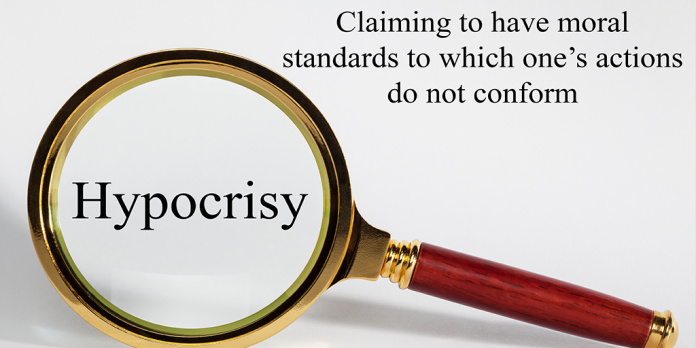 In contrast to the private sector, congressmen accused of nefarious practices can continue to serve – while lip service is paid to the offense, no real penalty is enforced.

If you have read a number of my previous rantings, you will know that hypocrisy and double standards, practised by anyone, are high on my list of things that I heartily detest.

Equally high on that list is the conduct of our elected officials in Washington.  These Public Servants are supposedly elected to represent the interests of their constituents and their country first and foremost.  However their conduct shows that their primary purpose is serving themselves, their bigger contributors, and raising funds for their own re-election.

All of this while they indulge in privileges that almost none of us can afford; exempt themselves from laws that we have to comply with; and indulge in a never-ending litany of double-speak and selective outrage. They do this and more while they are supposedly serving as examples for our children of all that is good and worthy of admiration.

But this most recent spate of accusations of sexual misconduct by sitting members of congress may have taken even our elected officials to a new low for blatant hypocrisy.

Consider for a moment how congress deals with misconduct, of any nature, by its own members.  Sitting members are allowed to admit to the misconduct and then promise to act honorably from this point on.  Some members are even called “icons” by fellow party members and allowed to continue to serve and feed at the trough we each pay for.  Maybe they will elect not to run for re-election, but until their term expires, there is almost no serious penalty enacted upon them.

Contrast that with the actions the private sector takes for identical offenses.  Following what is a rapid and almost cursory investigation; the accused is almost always dismissed out of hand, suspended with or without pay, or sanctioned in some other way until the legal process is finished.

The recent accusations of sexual misconduct by members of the media, athletics, motion picture industry, and other private or public enterprises have been dealt with in exactly this manner.

By dealing with this in a public and severe manner, two things probably take place.  First is that other potential perpetrators are discouraged from practicing the same misdeeds and, second, other victims of such misdeeds are encouraged to come forth and bring to light other perpetrators and nefarious practices.

Does anyone think that the accusations starting with the actions of Harvey Weinstein are anything but the tip of the iceberg in Hollywood?  If Mr. Weinstein were allowed to appear at a press conference, apologize, promise to get treatment, or do better in the future and not suffer loss of income, work, and prestige, how many other victims of this practice will come forward; how many other powerful people in similar positions would think about abandoning the same practice?

But congressmen in the same circumstances can continue to serve. While lip service is paid to the offense, and no real penalty is enforced.

One member of congress has suggested that the solution to this is to have mandatory education classes on the proper behavior.  What a wonderful idea! I would ask the congress member suggesting that, how many classes, policies, and memos have offending CEOs, coaches, directors, team doctors, armed forces officers and NCOS, and others in powerful positions been subject to during their careers?  As a former executive, I can tell you that such trainings and documentation are a regular part of every career in almost every organization.

Until quick and painful action is taken for any offense, that offense will continue to occur.  But such action seems to be beyond what our finest elected officials care to undertake on fellow members of their own body.