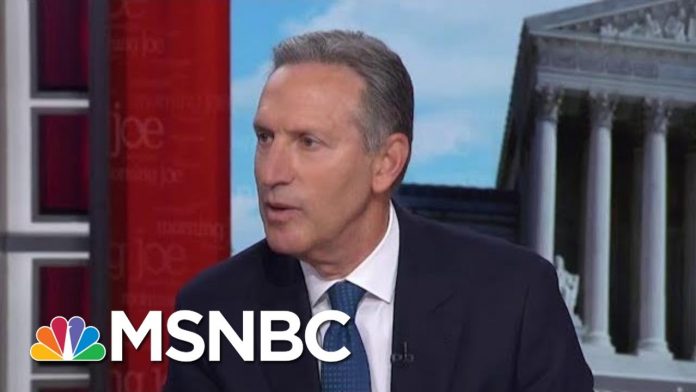 I think it was a month ago that I heard of an interview on MSNBC’s “Morning Joe”. The interviewer, Mika Brzezinski, was questioning Howard Schultz who is contemplating a run for the White House as an independent.

The question that caught my attention was asking Mr. Schultz if he knew the price of a box of cereal. Her question caught my attention, not because Mr. Schultz couldn’t answer it, but because I wondered how many times MSNBC that had asked that question of prominent Democrats. I wonder if Ms. Clinton, Barak Obama, Joe Biden, etc. had ever been asked a similar question. I’m not entirely sure, but I would speculate that the answer is “never”.

This was just a case of a selective “gotcha” attack.

That got me to thinking about all the “gotcha” things that go on today. I believe in the duty of media to investigate and inform. I have no issue with reporting on past criminal behavior in public figures and candidates.

What upsets me about our “gotcha” culture are two things.

First, this blatant bias from either side that tries to embarrass anyone who is seen in opposition to the views of that network or party. These inane questions whose only purpose is to show how inept or out of touch the target is, serve little or no purpose to me. Wouldn’t we be better off knowing where a candidate stands on the issues of the day? What are his or her thoughts on a 22 trillion dollar deficit? On immigration reform? On relationships with allies and enemies? Who cares what the price of cereal is? Or whether a President has a wallet in his pocket?

The second part of this that angers me is the digging up of politically incorrect “sins” that someone committed in their youth. Who among the folks that are alive today has had a pristine youth? Who has not committed an act or made a comment that we would not undertake today and embarrasses us as adults to even think of it? I am not including in this incidences of violence or rape, those should be part of the reporting on any public figure. But now we have folks being castigated for donning blackface when they were younger (and perhaps inebriated), others driven out of their careers for uttering a pejorative when they were youths.

I certainly do not want to see a newsreel of my own behavior and speech as a teen or young adult. I think that much of this would stop if every member of congress and the media underwent a FBI background check of their youth.

As an aside, it is interesting to me that in most cases of indiscretions and youthful foibles, liberals can be more easily forgiven easily forgiven by the media than are conservatives.

For instance, I wonder what the outcry would be if Donald Trump was to have falsely claimed to be a member of a minority; if Mitch McConnell was to have been found to have dressed up as Michael Jackson for Halloween; if Mike Pence should make anti-Semitic remarks; or if Dick Cheney had had sexual relations with an intern and lied about it under oath.

When will we get past this and accept that none of us is innocent of behaviors for which we are sorry? When will we accept an honest “mea culpa” and move on to the issues that we should be facing?