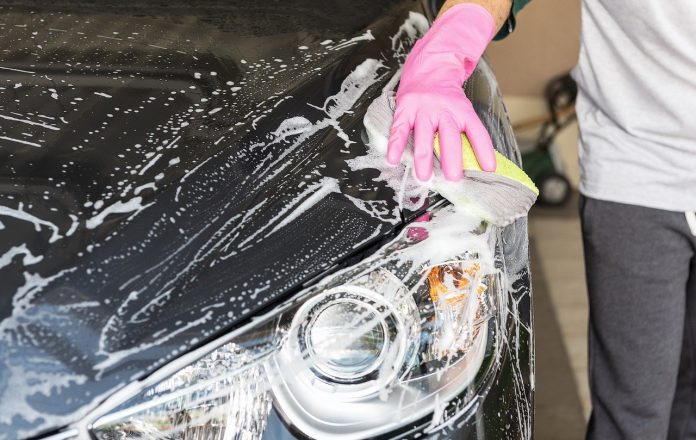 As a teenager I would often help my father wash the family car on a Sunday morning. In the Northern European winter this was a truly horrible job but nonetheless one which had to be done. In the summer it was a joy.

I think the last time I washed my own car as an adult I was new to life in the Netherlands and, living in the rather conservative city of The Hague, I was soon brought to my senses one Sunday morning by an elderly lady remonstrating with me for doing such a wicked thing. “You can’t do that in Holland” was a refrain I heard more than once in different circumstances in those days. Strong vestiges of Calvinism remained in Dutch life at that time and by all accounts many still do.

I was reminded of all this yesterday when, in the absence of anything better to do, I watched from my balcony as a young couple began to wash their car. It had never occurred to me that the art of car-washing might have been lost in the years between my own habitual weekly wash of my car and today.

The couple in question had bought a considerable amount of brand new equipment for the task at hand. They surveyed it contemplatively and then began their version of what had always been for me a ritual.

Their efforts to connect a hose pipe to a brush reminded me of the old slapstick comedies but finally they succeeded after much shouting and exchange of tension-filled looks between male and female.

Once that task had been achieved they set to with commendable vigour but, to my horror, they immediately broke three of the golden rules of car washing:-

I thought it way beyond my rights to interrupt the sad scene evolving in front of me so I kept very quiet. Although I was busting to offer advice I was not prepared to spoil my own Sunday and risk being told to mind my own (expletive deleted) business.

So I kept my own counsel and was left to wonder how, during my own lifetime the art of car washing had been lost and the art consigned a generation of car-wash users more used to reading the rather vacuous Sunday newspapers than to enjoying a useful bit of physical exercise with smugly satisfying results before a trip to the pub and a wonderfully traditional Sunday lunch.

We’re all different, of course, but I wonder what other skills of a similar kind have been lost to what we know as progress.