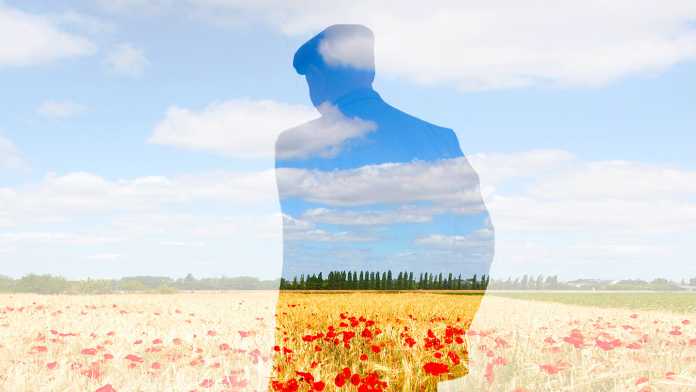 It always amazes me that some people put so much trust in an oncoming pedestrian or, more amazingly still, the cars, trucks and motorcycles that all seem to rush around our streets and highways as if arriving at their destinations five minutes earlier or later means the difference between life and death.

Often, of course, it does mean exactly that and we are frequently witness to some breathtaking actions that put the lives of the perpetrator, and the lives of others, at risk.

What then of those who walk around with their noses stuck firmly into their mobile phones as they read or write text messages?

At best these people are a hazard for those of us going about our business in the normal way but, to me at least, they are an ever-increasing part of that cohort that cares little for others. They either do not care or they carry on as if they do not even see their fellow citizens.

Try, for example, holding open the department store door for someone juggling an umbrella on a busy and wet Saturday morning and the chances are that, not only will your thoughtfulness be ignored, but also people will pour into the store one after the other while remaining completely oblivious to the fact that you are holding the door open. You could be stuck there for hours if you let it happen.

Try it indeed! This can happen to anyone but it seems to happen more frequently to those of us who are not quite so agile as we once were and perhaps even not as strong. Have you ever seen a grey-haired lady brace herself as a heavy door is thoughtlessly let go in her face? The chances are that you have seen this happen all too frequently.

Different cultures do have different customs when it comes to good manners and manners are, of course, an expression of that society so it might be reasonable to expect someone from a very poor country to have different manners to a person from a more wealthy country. It might be argued that the former has to look after him or herself whereas the latter has the time and education to think of others.

What is it that makes a bus driver wait for an elderly person (or, for that matter, a younger one who has been injured playing sport) to board his bus and then not allow that person sufficient time to seat themselves or to adopt a position in which they can steady themselves against the sometimes unnecessarily fierce acceleration and braking of the vehicle? Often I have seen the old, and the not so old, catapulted backwards and forwards along the length of the bus. Does the driver view this as sport? Does he/she find it amusing?

It seems as if people nowadays put a premium on their own time at the expense of those not as fortunate as themselves. Is it a matter of pride that makes people so selfish? Are they worried about losing out in some way or other if they don’t look after number one to the detriment of others?

Only today I heard of a sprightly 70-year old woman who, very sadly, died following a fall down her staircase as she hurried to answer the impatient door knocking of someone delivering a package. Is the time of that person more valuable than the life stolen from the woman who could easily have looked forward to another 10-15 years of fruitful life and enjoyment with her family?

We all need to stop and think. One day the person who is annoying us by walking slowly, or by stopping in the middle of the corridor will most likely be us… 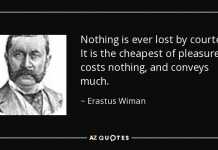 Courtesy where art thou?